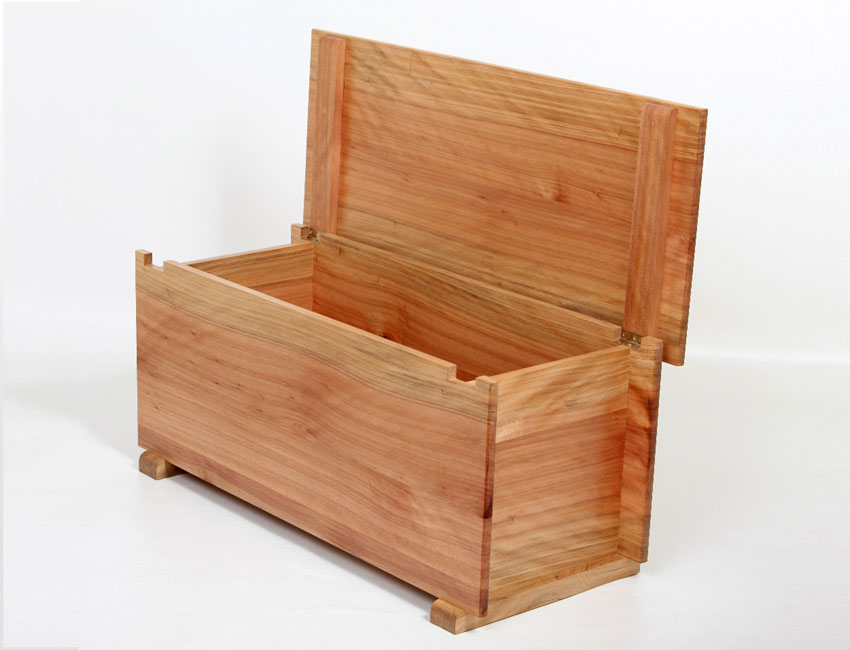 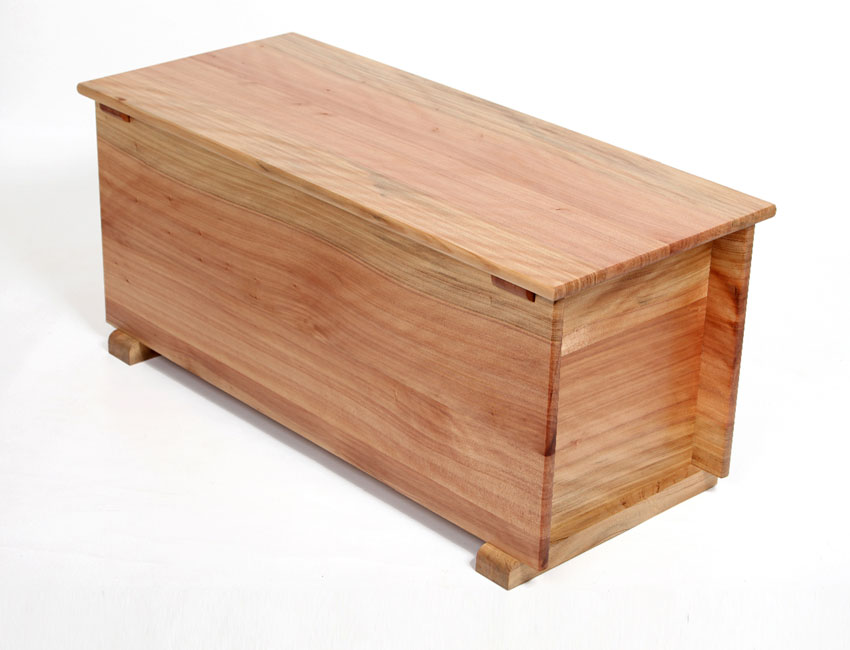 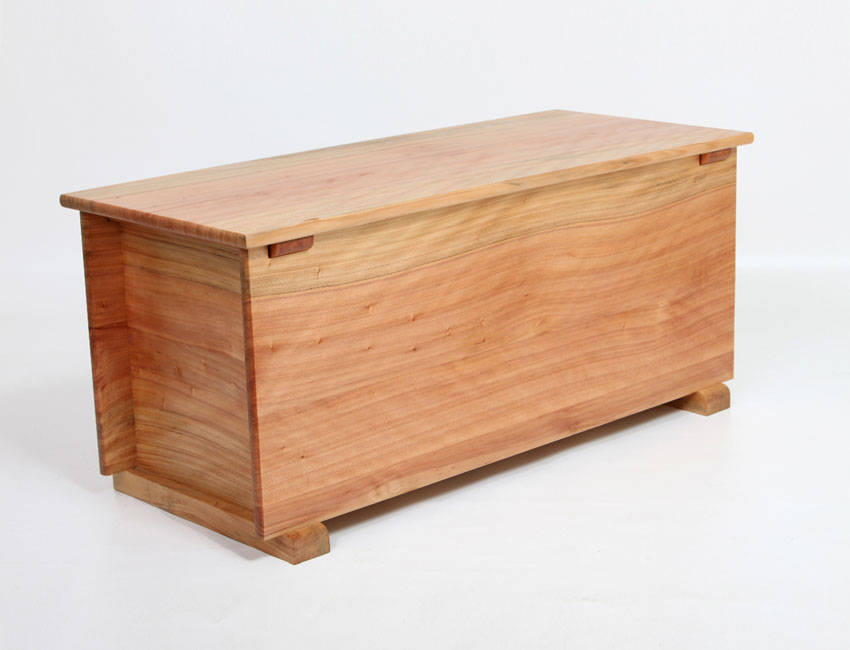 This bedding chest (or blanket box as Australians like to call it) was made from a giant Pacific kauri killed by roosting flying foxes in the Royal Botanic Garden, Sydney. The timber from the tree was distributed to over 30 artists and craftspeople whose work came together in an exhibition publicizing the problem of the flying foxes. Garry was thrilled to be part of the scheme which was a follow up to the onetree project that he was joint co-ordinator of in the UK. The timber was soft and silky with a beautiful figure that shimmered in the light. The design was based on a previous successful design completed several times before in English timbers.